Should Christians Use The Enneagram? 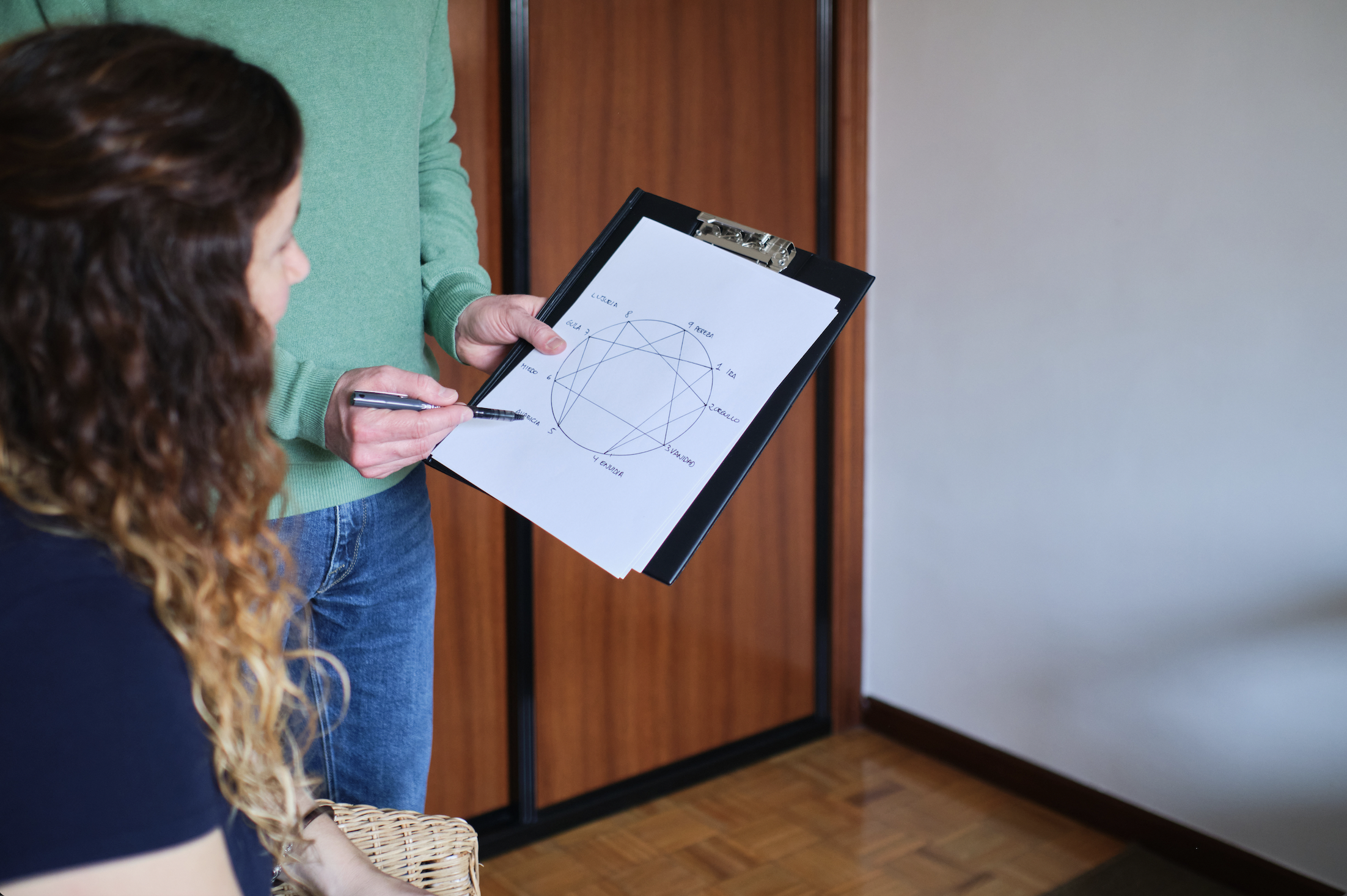 Some Enneagram authors have claimed that the roots of the Enneagram can be traced back to the Christian monk Evagrius as well as the Desert Fathers and Mothers of the Fourth Century. It’s hard to know for sure because there isn’t a lot of clear evidence.

The first mention of the Enneagram was by Russian Philosopher P. D. Ouspensky, who attributed it to his teacher Greek American Philosopher Georges I. Gurdjieff. Later on, Bolivia-born Óscar Ichazo expanded on the Enneagram and taught what he knew to Chilean-born psychiatrist Claudio Naranjo. Naranjo claims he was the first to connect the Enneagram to nine basic personality types (Enneatypes) according to a June 2010 interview.

Narajno taught the Enneagram to spiritual leaders such as Fr. Robert Ochs who then brought the Enneagram to the Jesuit School of Theology. It’s been said that Franciscan Richard Rohr was told by his spiritual director that laypeople could not handle the Enneagram with care and wisdom and was entreated not to pass it on. But after several years, Rohr was personally convicted by the Enneagram’s work in his life, so he decided to break the silence so that others could benefit from this tool.

Jesuit Don Riso was also taught the Enneagram after it spread through Catholic communities and in 1997 co-founded the widely known Enneagram Institute.

Suzanne Stabile, from the United Methodist tradition, was a student of Fr. Rohr and began teaching the Enneagram herself. In 2016, Stabile teamed up with Ian Cron to co-write the widely popular primer The Road Back To You, which has launched the Enneagram into Protestant circles.  That same year spiritual director Marilyn Vancil wrote Self to Lose, Self to Find: Using the Enneagram to Uncover Your True, God-Gifted Self which teaches the Enneagram through a Biblical lens.

Also that same year Beth McCord, who began learning and teaching the Enneagram in 2001, co-founded Your Enneagram Coach with her husband Jeff. Since then, over one million people have taken their Enneagram assessment and they’ve trained 1,000 coaches in 20 countries to use the Enneagram through a gospel lens. Richard Plass and Jim Cofield of Crosspoint Ministry have trained many pastors and leaders on the Enneagram from a Christ-centered perspective.

Experiencing the incredible benefits of using the Enneagram in my own marriage, staff team, marriage counseling, and disciple-making—I felt called in 2019 to begin writing and releasing 40-day devotionals for every Enneagram type. This exciting series won’t be finished until 2023 but it has been extremely life-giving for me. You can stay up-to-date on which books have been released by going to the Enneagram Devotional Series page on Amazon.

Should we use the Enneagram if it has occultist roots?

Naranjo was an intelligent, well-trained, and well-studied psychologist who started out as a medical doctor and later moved into psychiatry. After leaving Chile, he came to America to dive into the study of personality, first at Harvard as a visiting scholar and later at Berkeley. He learned under many well-known philosophers such as Paul Tillich.

The most problematic thing about Naranjo is that he claimed in a recent interview to have received the Enneagram Types through a practice called automatic writing whereby you relax your mind and allow messages to flow through you from either a subconscious or divine source. We don’t know for sure what this off-the-cuff comment meant because he never took the time to explain. It is helpful to know that well-known Enneagram teacher and author Beatrice Chestnut said that in all of Naranjo’s teachings he never once talked about automatic writing or getting it from any other source than Ichazo.

So, let’s just get to get to the heart of the matter and ask the question: If some of the Enneagram’s origins do have occultist roots—should this fact alone be enough for Christians to stop using the Enneagram?

To read my response, please download my FREE ebook “Should Christians Use The Enneagram?” In this 3,000-word essay, I discuss:

Hello, One! No one understands you like your heavenly Father does: He sees every question you ask, every concern you make, and every detail you want clarified as all coming from a place of love to make this world a better place. He also knows you are harder on yourself than on anyone else. He […]

Hello, Nine! Peacemakers are easily the most likable personality: your smile, non-threatening posture, selfless nature, and ability to pour oil on troubled waters make you well-loved. Your presence is enjoyed by all.  Here’s the deal: sometimes, it doesn’t feel that way. There are times when you feel like your presence doesn’t matter and your contributions […]

Hello, Six! I have a lot of experience with Loyalists because I married a Six! My wife, Lindsey, is one of the most courageous people I know and she has taught me courage, not the other way around. While I have the gift of faith and can run after intimidating ideas and plans, she often […]

Hello, Four! There’s no one like you. You are a unique, one-of-a-kind, gift from the Divine Artist to the world. You are an old soul with the innovative heart of a groundbreaking artist, likely spending your life feeling as though you were born both too late and way too soon. When at your best, time […]

Hello, Three! As a Type Three Achiever myself, I am tempted to believe living life is like treading water—if I stop accomplishing, I’ll sink. My greatest fear has always been standing before God at the end of my life and hearing him say, “You didn’t do enough.” But I’ve come to realize the voice I […]